The word datum actually signifies a slightly varied meaning in every context. Datum as used in mechanical subject will differ from that used in computer science. Such homonym words open themselves to debate when used as a specific name for a company, as it can be viewed in different sense from which it was intended to mean. Fortunately such words, when used as a name also signifies the vast capabilities of an organization, which inspired us to call ourselves as “General Datum“. It compels us to demonstrate our expertise in multiple domains without adhering to a single product or a service. The word General means “Common” and the word Datum means a surface or plan. We define “General Datum” as a common platform for our customer and engineers to arrive solutions and provide services. 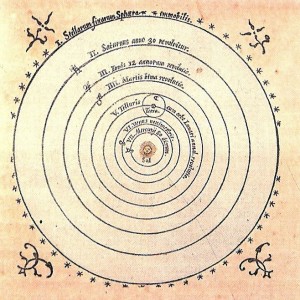 “Datum” is known to be first used in mid 17th century, 1646 to be precise. It is neuter form of the Latin word Datum. One of the meanings of datum is center (“Centre” in British). Many civilizations in the past were obsessed with the idea of Earth being the center of solar system. It had been held as a firm belief until in early 16th century, Nicolas Copernicus stated Sun being the center instead of Earth. It took countless research and revolution against then church, which in 16th century was decision making body and idea of sun as the center was contrary to its belief’s. Datum as a Latin word literally mean “something given”. One of its most popular uses was as a title of the charter by Pope Innocent II in 1139. “Omne Datum Optimum” (Every perfect gift) as a title of the document containing approval for Templar rule.

Having then established that, it was important to measure the distances between two locations within earth, thus geodetic datum was set-up. In surveying, a datum is a reference system or approximation of earth’s surface against which positional measurements are made for computing locations. A horizontal datum runs along the surface of the earth, providing distances between two points. It has two components namely latitudes and longitudes. To measure height/depths or vertical distance of the points Vertical datums were setup. Earlier sea-level were used as the standard reference for vertical datum, but since in coastal area, they are prone to change due to various reasons soon the notation of sea level was abandoned. Chart Datum as it is called is the lowest astronomical tide in a given water system, which is expected to occur in average metrological condition. But recently we are able to measure location to pin point accuracy all due to advanced Global Positioning system. It takes in account the Earths ellipsoidal model with equatorial radius and polar radius.

The maps and other geographic data used to interpolate the datum of earth also contain another datum, called Engineering Datums. These are usually called datum reference. As the name suggest they form the set of planes or surfaces or points along which the reference to dimensions are given. These engineering datums are used extensively in many processes involving production, such as carpentry, metal working, civil construction and other such similar activities. They form the most critical and are thoroughly used in Geometrical Dimensioning and Tolerancing (GD&T).

Datum means “singular of data” or “a single piece of information”. A Datum can be a point, axes, edge, plane or surface. To sum it up Datum means a reference from where all other entities are established or measured, it is also a single strand of information and a center.

Entering further into Reference Datums in GD&T context. Datum are primarily controllers of other dimensions, they form the theoretically exact plane, axis or point that GD&T dimensional tolerance are referred to. They form the important functional feature in a drawing having said that not all form of tolerance depend on it, namely circularity, flatness, straightness and cylindricity. A datum feature in a drawing is denoted by series of alphabets in capital letter. However a datum feature and a datum are not the same, the former forms the real, tangible features on actual part where measuring equipment would physically touch and take measurements, while the latter only exists in theory forming perfect point, line or surface. Since the manufactured part’s surface will never be 100% perfect, waviness and roughness are indispensable to occur thereby ceasing to coexist datum feature and datum.

The first step in product design, 3D modeling and Drafting is establishing three basic datum which are Primary, Secondary and Tertiary. Primary datum is the main datum used in GD&T control denoted typically as “A” which has to be constrained for measuring the part. The primary datum is usually held in three places to arrest three degrees of freedom. Secondary datum arrests two degrees of freedom denoted as “B” which is established after primary datum. The last to be established is tertiary datum denoted as “C”. These datum are common engineering language used by designers, manufactures, inspectors and assemblers.

Datum target can be used to establish datum references when parts are uneven / irregular or very large parts. They are used to represent the actual mating portion of the mating datum feature or actual mating feature of functional gauges and manufacturing fixtures. Datum target may either be a point, line or area on work piece. Primary datum requires 3 datum targets, while secondary require 2 and tertiary will need 1 target.

All the datum features are integral in design of the part, a designated portion of these features helps us in positioning the part with respect to three mutually perpendicular planes, collectively known as datum reference frame. These in conjugation with other dimensioning features orient and locate respective tolerances in the part.